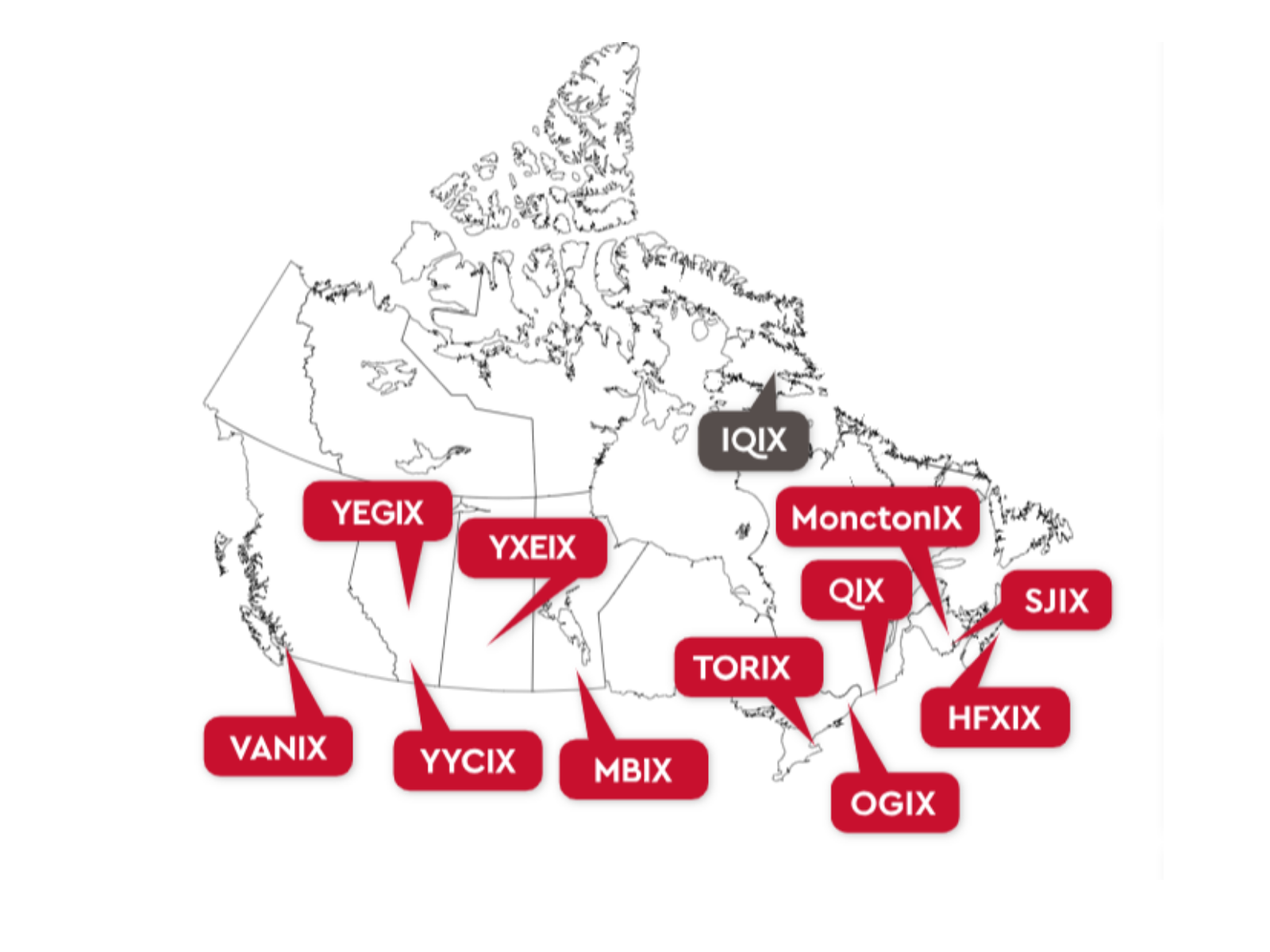 The time is ripe to get more Canadian institutions to “flip the switch” and join the growing IXP network.

CIRA has been a long-time advocate of establishing and growing Canada's Internet exchange infrastructure to make the Internet more cost-effective, faster and more resilient for Canadian users. The time is ripe to get more Canadian governments, businesses, content providers, service providers, gaming companies and other entities to “flip the switch” and join the growing Canadian Internet Exchange Point (IXP) network. The result will be a more robust Internet for all Canadians.

We all use the Internet. But many of us don't take the time to think about the journey our mass amounts of data make -- when we use a search engine, when we send an email or file our income tax returns. It may surprise many Canadians to know that a good chunk of their data has to travel through narrow north-to-south pipes, frequently routing through Chicago or New York before crawling its way back up to Canada. This means that a Canadian searching even for local information will actually depend on foreign computer servers to get an answer to an everyday query.

It's great that data can move unencumbered across borders when it needs to. But Canadian entities no longer need to unnecessarily rely on the transmission of local data through international channels. The reason such infrastructure exists is a throwback to the early days of the Internet which relied on US-based infrastructure. These pipes are narrow, prone to backlog, expensive and they frequently force Canadian data to travel redundantly across the border and back again. Fortunately, Canada now has its own domestic Internet infrastructure, which we can be better utilizing to our advantage. With the coast-to-coast-to-coast Canadian IXP (Internet exchange points) network in place, content providers, public and private entities have the ability to interconnect locally. Local-to-local transfer of data is less expensive, faster and allows entities to offer more business continuity in the event of cyberattacks originating outside of Canada. That means that communities within Canada may search on and exchange data without depending on legacy U.S.-based infrastructure to enable our own, independent connected environment.

Sometimes it's hard for Canadians to understand the efficiency and resiliency associated with Canadian IXPs and the value of interconnecting locally. The other day, in conversation with a friend who doesn't consider herself to be high-tech at all, I found myself making all the usual arguments about the benefits of local peering. Seeking a point of reference that she could understand, she likened it to airline travel.

If I'm in Ottawa and I want to travel to Vancouver, the fastest, most secure way for me to get from point A to point B would be a direct domestic flight. In some cases that may require a brief stopover in Toronto or Calgary on route. But there's no reason for me to leave the country, no reason to get caught up in lengthy customs lines and no reason to subject myself to international laws.

It's the same with the transmission of Internet data. Because CIRA peers at Canadian IXPs, our data can travel direct from one Canadian city to another or to others peering within the same city without leaving the country, and without getting clogged or depending on those expensive international transit pipes.

Sometimes, of course, as a frequent flyer, I may want to travel from Ottawa to Copenhagen or Ottawa to Rio. At those times, it makes sense to fly via a big international hub like Chicago or Miami to transfer to my final destination. That's okay! For your data, peering at Canadian IXPs can help with that too. Local peering actually improves the international transit experience. That's because Canadian IXPs connect directly with many large international content providers (CDN) that bring international content local. Instead of flying to Seattle to download Microsoft updates, you can get those updates directly in Montreal with a short hop. Common CDN content providers that peer in Canada are Google, Akamai, Cloudflare, Amazon and the like.

Data that travels more directly between local users at domestically-based hubs through the Canadian IXP network moves faster, at a lower cost than traditional routes and is more resilient to attack. With Canadian IXPs now established in seven Canadian cities, we have a truly pan-national Internet exchange infrastructure in place. Businesses exchanging locally no longer have to send their data to Chicago or New York to send a query across the same city or within Canada. Instead, two businesses connected at a single Canadian IXP can share rapidly through single or multiple domestic Internet hubs.

Canada's IXP network is ready for you

Vancouver, Calgary, Edmonton, Manitoba, Toronto, Ottawa, Montreal and Halifax all have their own IXPs. Canada's IXP infrastructure has come a long way since the Toronto Internet Exchange (TORIX) was first established in 1998, followed by Ottawa's IX (OttIX) two years later.

Really, it only takes the flip of a switch to integrate your company into Canada's national Internet infrastructure. The benefits of doing so are simple. Traffic can travel locally, securely and quickly without any dependence on foreign infrastructure whatsoever. If it doesn't have to cross borders, it doesn't have to travel as far, which means less latency.

It's also more resilient. Localizing Internet traffic means Canadian businesses can continue to operate a level of Internet and email service in the event of a cyberattack originating outside of Canada. This is not only pertinent for business continuity, but has the added effect of making Canada's Internet one of the most robust in the world.

If you're a government representative, businesses, content provider or service provider, contact your local Canadian IXP to find out how you can “flip the switch.”