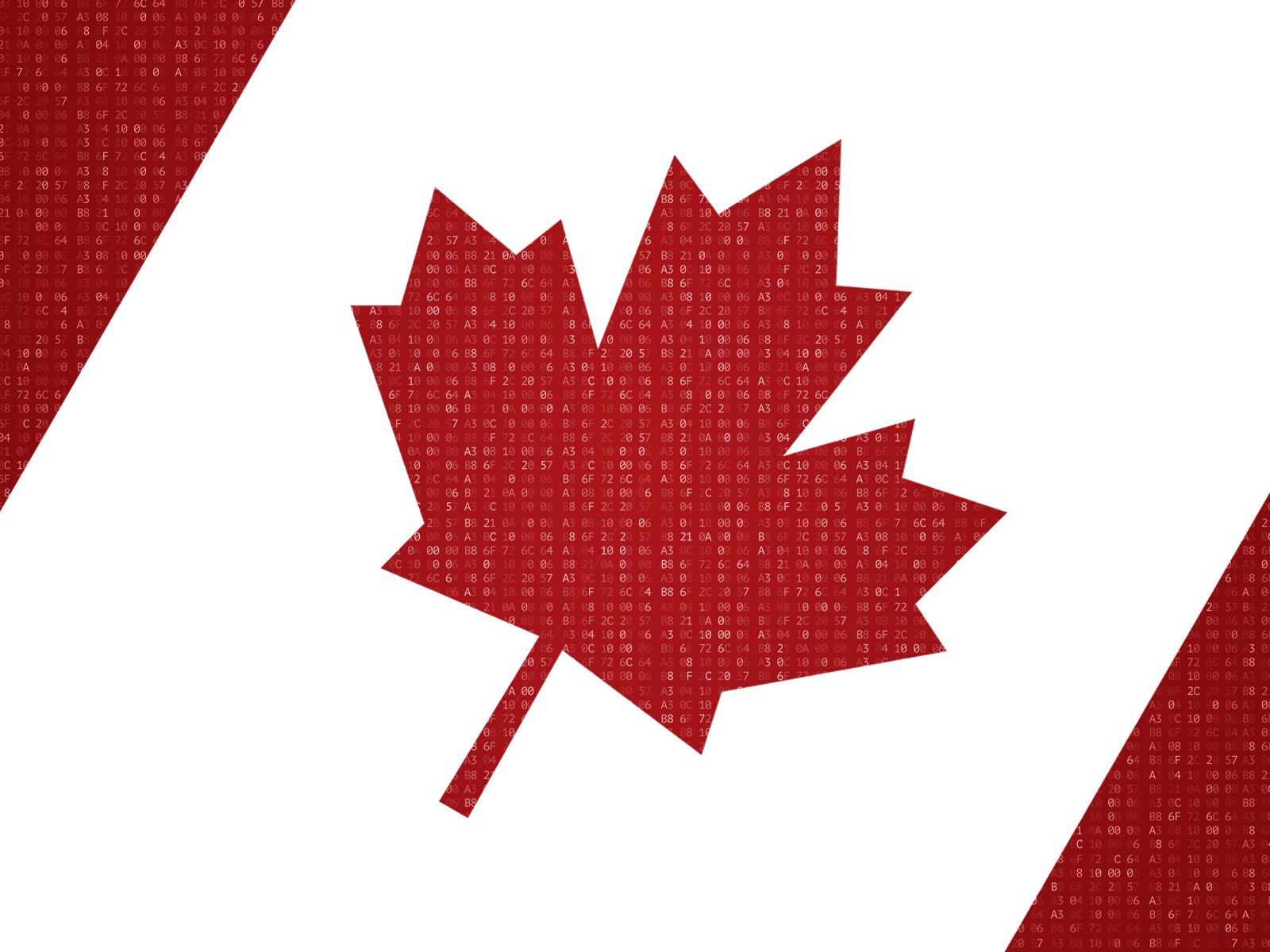 In this post, Paul Andersen, Chair of the CIRA Board of Directors, discusses the findings of the recent outreach on changes to CIRA's governance structure and processes. If you're a regular reader of this blog or you follow CIRA's activities, you'll know that we recently held an outreach with our .CA Members regarding proposed changes to our governance.

The organization has been looking on and off at a major overhaul to our governance structure over the past few years. After all, the last time significant changes were made to CIRA's bylaws was in 2006. Recently, changes to the legislation that governs not-for-profits like CIRA require CIRA to make changes to its bylaws. This resulted in us revisiting this topic. Since there are a number of changes to the by-laws that are a result of the new legislation, as the Board we decided that it was time to review the organization's governance processes and structures as a whole. We set out to fix what we saw as a heavily burdensome election process and improve efficiencies at the Board level. CIRA spends a disproportionate amount of time running an annual election process. In fact, the current process consumes the better part of a year.

There are other issues with the current Board and elections process: - The current size of the Board was established over a decade ago when there was little by way of staff and resources. As I stated in my last guest post on this blog, CIRA has evolved, and in response the Board's role has changed from a heavily operational role to a much more strategic one. A smaller, leaner board would be more efficient. - There have been no term limits for Directors. To ensure a diversity of voices on the Board, we had proposed term limits. - The current election process has a complicated split ballot system. The Board and the organization agree that this system has created a large number of issues. A number of concerned Members have spoken to me about how complicated – and therefore unappealing – the current election process is. First, there appears to be a misunderstanding among .CA Members that since there are two classes of directors – one elected through the Member slate and one through the nomination committee slate that a director elected through the Member slate should somehow represent the community that elected them. (Fact is, all directors, regardless of how they are elected, must always act in the best interest of the organization, not any particular stakeholder group. These issues have resulted in several – I'll call them unorthrodox – processes, such as the show of support stage and two nomination stages. These processes serve to lengthen and complicate the election, confusing many trying to run. The majority of our current Board agree that more of the resources spent on the election should be put toward running .CA, and that the process should be one that attracts the best candidates to fill any gaps on the Board.

From April 2 to May 2 this year, we engaged .CA Members in a dialogue about the proposed changes. From the beginning, we wanted this to be an open and transparent process. .CA Members are one of CIRA's key stakeholders, and we wanted to hear from them on the proposed changes to our governance processes and structures. On behalf of the Board, I would like to thank the .CA Members who participated in the outreach for sharing their views – hearing from Members on such matters is important. We take this feedback very seriously, and the fact is, we didn't set out on this process to confirm our proposal. Rather, we consulted with Canadians to ensure that the changes that we move ahead with are right for CIRA and the Canadian Internet community. The Board believes the proposed changes are in the best interest of .CA. If we didn't we would not have proposed them. So as a Board, we now find ourselves in a bit of a conundrum. Based on the amount of feedback received and after reviewing as a group the proposal, the Board is not comfortable moving ahead with the proposed changes that were not necessary to transition to the new legislation. While we did our best to promote the feedback process through emails to .CA Members, social media and other means, we only received 28 responses. We currently have more than 15,000 .CA Members. Are the 28 submissions representative of the entire .CA Membership? We don't know, and for that reason, it is very difficult for us to move forward either way.

Fact is, CIRA has never had attendance at an Annual General Meeting of less than 100. In fact, at the February 2006 Special Members Meeting (the last time by-law changes were discussed), there were more than 500 people involved in the discussion. What went wrong here? I am first to admit we have, over the past decade, struggled with Membership engagement. For that reason, the organization has invested countless resources over the past four years, including hiring a Communications Manager responsible for Membership engagement and developing new tools for reaching out to Members. While we have seen a significant increase in Membership engagement, our community engagement (for example, the Canadian Internet Forum and the.CA Impact Awards) has met with enthusiastic response. Is the fact that we received minimal response for an issue as important as changes to our governance structure and process is an indication that we have much work to do? Is it a matter that while governance is important to us, it might not be for our membership? Or should we understand the silence on behalf of .CA Members as consent? These are the questions we are grappling with. The working group within the Board tasked with governance changes – and ultimately the entire Board of Directors – spent countless hours struggling with the feedback. It is not a large enough sample for us to understand how representative it is of the Canadian Internet community. Nevertheless we received it and we take it very seriously. The majority of responses received was in opposition of the removal of the Members' slate of candidates or expressed a level of distrust of the Nomination Committee. There was also some concern expressed about the proposed reduction in the size of the Board of Directors. I'd like to take this opportunity to discuss the feedback. We proposed a single slate of candidates for the Board election through a nomination committee. Why? Because the split ballot process (Member and Nomination Committee slates) is both confusing and time consuming. Anecdotal feedback indicated that we were potentially turning people away who didn't want to participate in such a confusing process. While CIRA has had a nominating committee for many years, it had been criticized for not being transparent enough. The Board has recognized some of the concerns for some time now. While we are deeply proud of the output of this group, we understand it can look a little bit like electing the pope (everyone goes in, puff of smoke, output).

Not the best process when you are trying to convey a commitment to transparency. The feedback we received indicated a high level of concern – I would go so far as to say distrust – greatly expressed over the Nomination Committee as an “insiders club” and a tool for Board “self-perpetuation.” Fact is, this has never been a reality under current mechanism. We now clearly understand that any future review needs to better address how the Nomination Committee is selected. We proposed a variety of mechanisms that would improve transparency and accountability to the stakeholders of CIRA, and truly believed that they would add value to the current system. A nomination committee is not only common practice, but is considered by many to be a best practice in the realm of corporate governance. CIRA has gone through efforts to ensure that there is a great deal of independence in how the Nomination Committee operates, and the reality is that the Board needs a diversity of various skills and stakeholders to be effective. The beauty of the Internet, and of global Internet governance, is that ALL stakeholders have an equal voice. It is the diversity of voices making decisions about the development of the Internet that have enabled it to become the incredible success it is. As a Professional Engineer, I feel free to say that CIRA's Board needs a balance of voices, and not an abundance of engineers. These voices could include policy, marketing, engineering, finance, and end user voices, among others. And while no governance system is perfect, it is the nomination committee process that attempts to ensure this delicate balance. That said, here's what we are doing. Given the feedback received and the continued Membership engagement, the Board has decided to move ahead with only the changes the changes we believe are essential to transition to the new legislation governing not-for-profits. Accordingly, at the Annual General Meeting (AGM) this fall we will only be asking .CA Members to approve those changes required to our bylaws so that we can transition to the new Act.

Given the importance of governance to an organization, and the short time frames before our AGM this fall, we felt it important not to proceed at this time with major governance changes without further review and outreach. The domain industry is changing and CIRA needs to ensure .CA is well positioned to succeed in the new competitive landscape. While I believe an improved governance structure is important, I think the CIRA Board needs to take some time to learn from this experience, and to possibly look at alternate ways to engage with .CA Members. The Board will also need to engage in a broad discussion of what membership means. We cannot continue to seek feedback in which we only hear from 0.1 per cent of our Members. I look forward to working with CIRA's membership to implement these legislated changes. Thanks to those who provided feedback, and thanks to all .CA Members for your interest in building a stronger Internet.