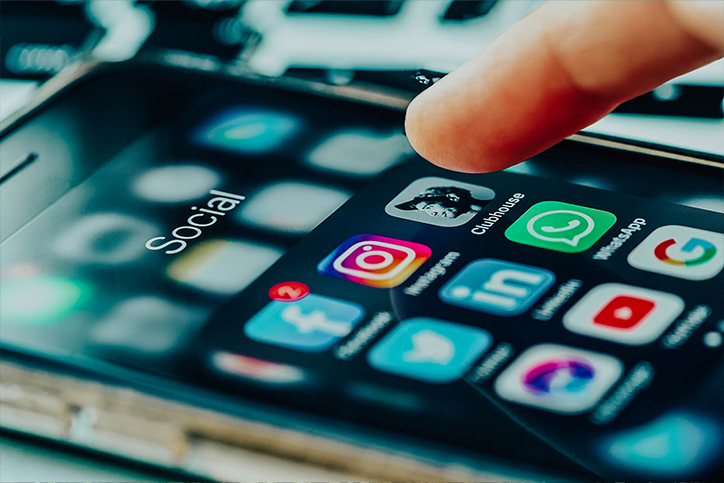 Canadians slowly move away from ‘toxic’ and ‘addictive’ Facebook

Remember when we used to joke that Facebook was dominated by cat photos, and Instagram by food?

The humor in what we expected from our friends on social media harkens back to a more innocent time. Today Canadians are more likely to find themselves arguing about politics with a neighbour or feeling insecure as they scroll through the glamorous feeds of Instagram influencers.

Yet for every negative experience, there’s a life milestone shared by an old friend that you would have missed. Or a new recipe that you just have to try. You might say that we have a love/hate relationship with social media these days. Canadians are split on the overall value of social media with 45 per cent saying it has a neutral impact on their overall mental health and sense of well-being, while one-quarter (25 per cent) say it has a beneficial impact and another 22 per cent say it is harmful.

That split in perspectives on social media may be driven by the different experiences that Canadians have with the platforms. One-quarter (24 per cent) of Canadians say they have either witnessed or directly experienced harassment when using the internet. But experiences with harassment are much higher for young people aged 18 to 34, with 37 per cent reporting harassment in 2022.

Back in the days when social media was dominated by feline friends and fancy food, there were only a couple of main platforms to connect. Times have changed with more options than ever to plunge into the steam of user-generated content, with newer options like TikTok becoming more popular. Thirteen per cent of Canadians now say they use TikTok, up from three per cent in 2020.

But Facebook still reigns supreme, but the platform is on a downward trend dropping from 77 per cent using the service in 2018 to 66 per cent this year. Other Meta-owned social platforms are also very popular, with Instagram being used by 43 per cent of Canadians (up from 35 per cent in 2018 and 40 per cent last year), and WhatsApp being used by 39 per cent (up from 33 per cent in 2019).

Note: CIRA did not begin collecting WhatsApp data until 2019

Those worried about harassment on social media might use it less often, and Canadians say they feel the least safe when using Facebook compared to other platforms. Only 61 per cent of Canadians say they feel safe on Facebook, compared to 87 per cent feeling safe on LinkedIn and 82 per cent feeling safe on WhatsApp. The results are consistent with last year’s results.

Still, it’s not all bad for Facebook. It is the second-most likely platform to be named as most helpful (15 per cent), coming only after YouTube at 23 per cent. Perhaps it’s a hint as to why so many Canadians keep using the site. It’s where a large part of their personal network lives online and having a place where we can reach them to organize events or chat about shared interests is always going to be useful.

We all know there’s some risk of clicking on the wrong link on social media and ending up with a malware problem. But overall Canadians aren’t sweating it as much as they used to. While two-thirds of Canadians say they are concerned about it, that is down from a high of 80 per cent in 2019 and from 73 per cent just last year. There are also fewer Canadians reporting being a victim of a cyberattack, with 21 per cent saying they were a victim this year compared to 32 per cent in 2019 and 25 per cent last year.

It’s often said that government can’t keep pace with the speed at which technology shapes society. But the Canadian government is noticing the negative impacts harmful and illegal online content and it’s working towards curbing these harms with new legislation. CIRA’s data illustrates how connected Canadians view social media as policymakers contemplate what to do next.